This summer, Rosemere is the place to be. Here are your outings!

"The safety of vulnerable road users is an issue facing municipalities and the RCM is always willing to create initiatives that encourage intermunicipal collaboration. We therefore wish to improve our road safety record and increase public awareness, particularly with regard to sharing the road, with an emphasis on protecting vulnerable people and on safe habits to adopt," stated Richard Perreault, warden of the Thérèse-De Blainville RCM.

The second phase of the campaign runs from April 14 to May 15 under the theme “PARTAGE” ("SHARE") and is aimed at motorists and cyclists alike. Awareness will be raised mainly through an animated video clip shared on social networks. Also, posters with the campaign's colours and images will be displayed in the municipalities and stickers will be distributed by police officers during awareness operations.

"With the good weather back again, sharing the road is essential for the safety of all users. To ensure that our outings remain pleasant, the Town of Rosemère is encouraging all users to share the road safely. Whether you're cycling, walking or driving, let's be courteous. We're all part of the solution!" stated Eric Westram, Mayor of Rosemère.

According to the SAAQ, a little more than one out of two people in Québec rides a bike. In 2019, accidents mainly occurred at an intersection when the cyclist and the motorist were travelling in intersecting (perpendicular) directions. According to the various police forces, the most frequently mentioned causes of road accidents involving cyclists are inattention and distraction!

This campaign has been made possible through the financial assistance program of the Fonds de la sécurité routière of the Ministère des Transports du Québec. 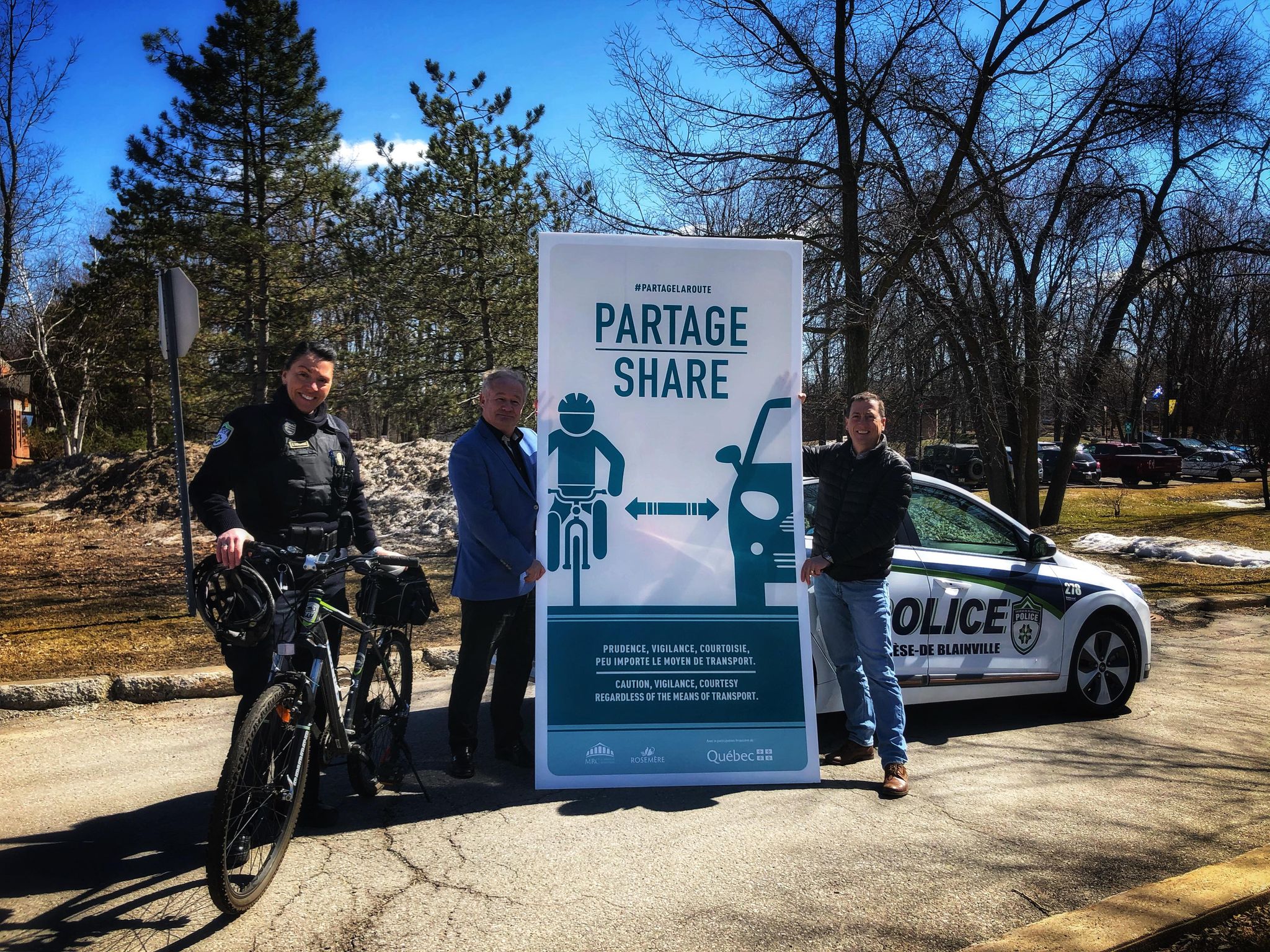