FORMER GOLF COURSE DOSSIER : "This project will never see the light of day as long as I am Mayor of this Town."

Reacting to the submission, on March 10, of a development project for the site of the former golf course, by the owners of this land, Mayor Eric Westram responded:

"The Town Councillors and I have examined the project submitted on March 10 by the owners of Rosemère's former golf course. And since it doesn’t comply with the minimum guidelines set out by our residents within the urban planning vision, this project will never see the light of day as long as I am Mayor of this Town.

"I reiterate that no zoning change will be made without holding consultations with all Rosemerites as well as with those in the areas adjacent to the land, as prescribed by law.

"I therefore invite the owners of the former golf course to participate, as a corporate citizen, in the evening information session, to be held on March 24, that will be devoted to the preliminary draft of the urban plan, in order to better understand the aspirations of the entire population.

"I am saying it and repeating it: I am committed to protecting as much of the land as possible as green space, while preserving our Rosemère identity". 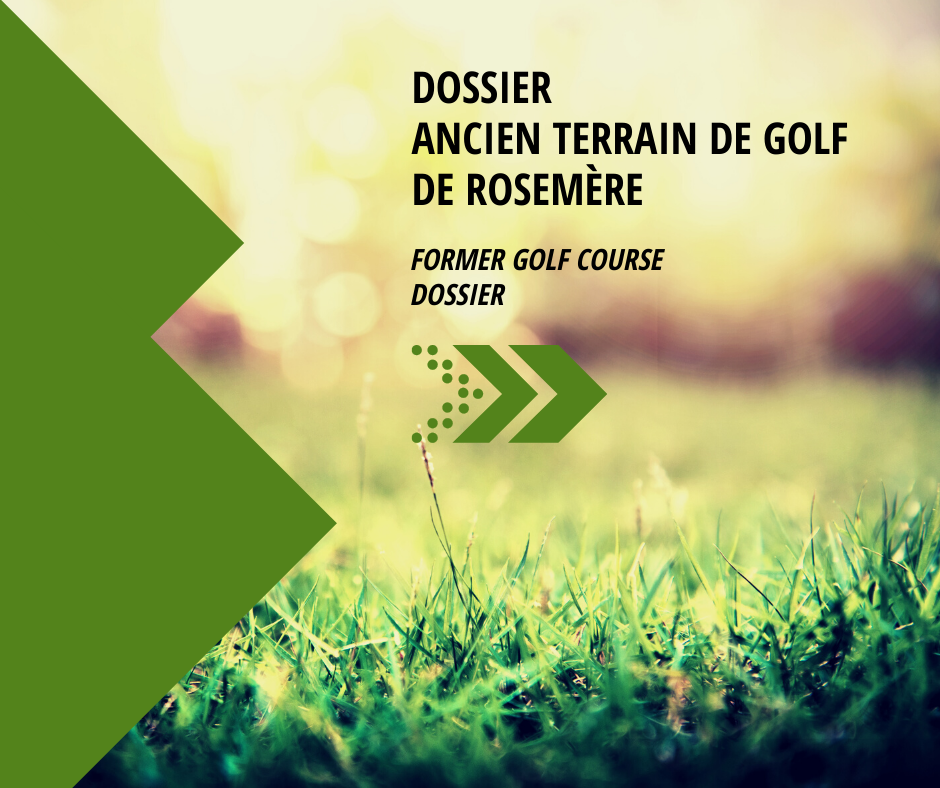