Preliminary Draft Of Urban Plan: The Town of Rosemère Continues To Make Progress On This Important Dossier For The Community

The Municipal Council of Rosemère supports the process initiated by the MRC Thérèse-De Blainville calling for a national vision for the protection of green spaces. It should be noted that the MRC adopted a resolution on this matter on March 23, 2022. The Town of Rosemère has also indicated its intention to pursue the adoption of a new urban plan while maintaining the status quo for the former golf course, until the provincial government's intentions in this regard are known.

"Housing needs for our seniors and young families are important to our citizens. For this reason, the Town Council intends to continue to work to implement the vision that has emerged from three years of public consultation and that will allow the Town to flourish," said Mayor Eric Westram.

The Former Golf Course Dossier: There Is No Hurry

"I have always said that there is no hurry in the former golf course dossier, therefore we will wait to hear the conclusions of the discussions between the authorities concerned in order to adopt a coherent vision for land use planning on the national level.  We will continue to prioritize the possible redevelopment of the territory. This is well established in the preliminary draft of the urban plan," he continued.

Recent real estate transactions in the Montreal area for the acquisition of green space have demonstrated that the Town's financial analyses, unveiled in 2021, were correct. Such an investment appears excessive for a municipality the size of Rosemère.

"During the last election campaign, the debate about the former golf course was held and we listened to the people of Rosemère. They renewed their confidence in our ability to seek and defend the best solution. We have always been concerned with minimizing the fiscal impact on our fellow citizens in this matter. I have said it since day 1 and I repeat it, the citizens will have the last word on the former golf course dossier”. 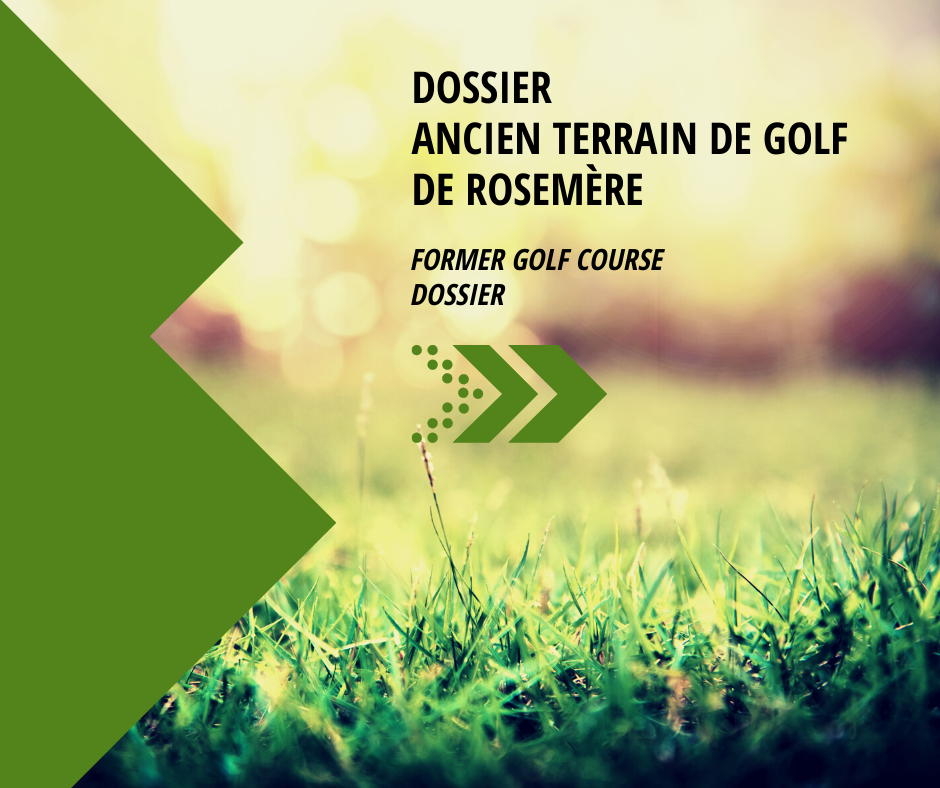