August 27 marked the official opening of the municipal pavilion at Charbonneau Park, 10 months after ground was broken on the project in fall 2020. The announcement was made on site by Rosemère Mayor Eric Westram, alongside members of the Rosemère Town Council, several dignitaries and project partners, including Chantal Deschamps, Mayor of Repentigny and Executive Committee Member for the Communauté métropolitaine de Montréal (CMM), and Fernand Proulx, President of the Corporation de développement culturel et sportif de Rosemère (CDCSR).

Representing an investment of $1,991,264, the project was carried out in connection with the Trame verte et bleue du Grand Montréal program. A total $666,124 of this amount was split equally by the CMM and the provincial government, to which was added a $809,806 commitment over 15 years by the CDCSR. The remaining $515,334 comes from the Town of Rosemère. Thanks to the financial support of these key partners, Charbonneau Park is poised to become an environmental and recreational hub that will further strengthen the public’s commitment to protecting the beautiful yet fragile ecosystems in and around the Mille Îles River.

Boasting a sustainable design and modern architecture, the municipal pavilion was built to restore residents’ access to the waterfront. The 1,400 sq ft facility is open to everyone — both residents of Greater Montreal and visitors — all year long. It features a seating area, changing rooms and washroom facilities, a second-floor observation deck and a summer watercraft rental desk run by Éco-Nature.

Pavilion’s name announced, selected by way of a community contest

The name of the Charbonneau Park pavilion was also unveiled today: Floreat Pavilion. This name was submitted by Rosemère resident Martin Dozois as part of a contest run through the Town’s Facebook page. The selection committee decided on this entry because of its historical significance for the community. The name “Floreat” comes from Rosemère’s Latin motto “Vivat floreat crescat,” which encourages residents to help plant life, particularly the many rose bushes in the town, live, grow and flourish. Nature and vegetation in all its forms are an integral part of Rosemère’s collective DNA and the community’s roots.

“I am very proud that our government is funding projects like the one at Charbonneau Park, through partnership with the Trame verte et bleue. I am confident that the new Floreat Pavilion will be a great opportunity for Rosemère residents and visitors to take advantage of the joys of water sports in the summer and lace up their ice skates in the winter. An endeavour like this, which is helping to restore public access to the waterfront, will undoubtedly lead to a better quality of life and make Greater Montreal more beautiful than ever,” said Chantal Rouleau, Minister for Transport and Minister Responsible for the Metropolis and the Montréal Region.

“The recreational activities and additional services available through this new pavilion will open up access to the Mille Îles River, an iconic feature of the Greater Montreal landscape and a key part of the Trame verte et bleue. This sustainably designed project complements the natural surroundings and will unquestionably become a destination of choice for local residents and visitors alike. By bringing initiatives like these to the fore and working together as a team, we can turn the vision outlined in the Metropolitan Land Use Planning and Development Plan (PMAD) into a reality and build a Greater Montreal that is even more spectacular and resilient,” said Chantal Deschamps, Mayor of Repentigny and Executive Committee Member for the Communauté métropolitaine de Montréal.

“This is a big day for the community of Rosemère and the residents of neighbouring communities. The promise we made in 2017 to build a year-round riverside pavilion in Charbonneau Park is now a promise kept, thanks to our partners, who worked very closely together. This new and much-anticipated building will showcase the beauty of this natural space and allow residents to enjoy a broader array of outdoor recreational activities in their own backyard. The initial idea behind this project was to restore residents’ access to the Mille Îles River so they could engage in water sports and other activities. My heartfelt thanks go out to our financial partners who made it possible to get this undertaking off the ground, namely the Corporation de développement culturel et sportif de Rosemère (CDCSR), the Communauté métropolitaine de Montréal (CMM) and the Gouvernement du Québec,” said Rosemère Mayor Eric Westram. 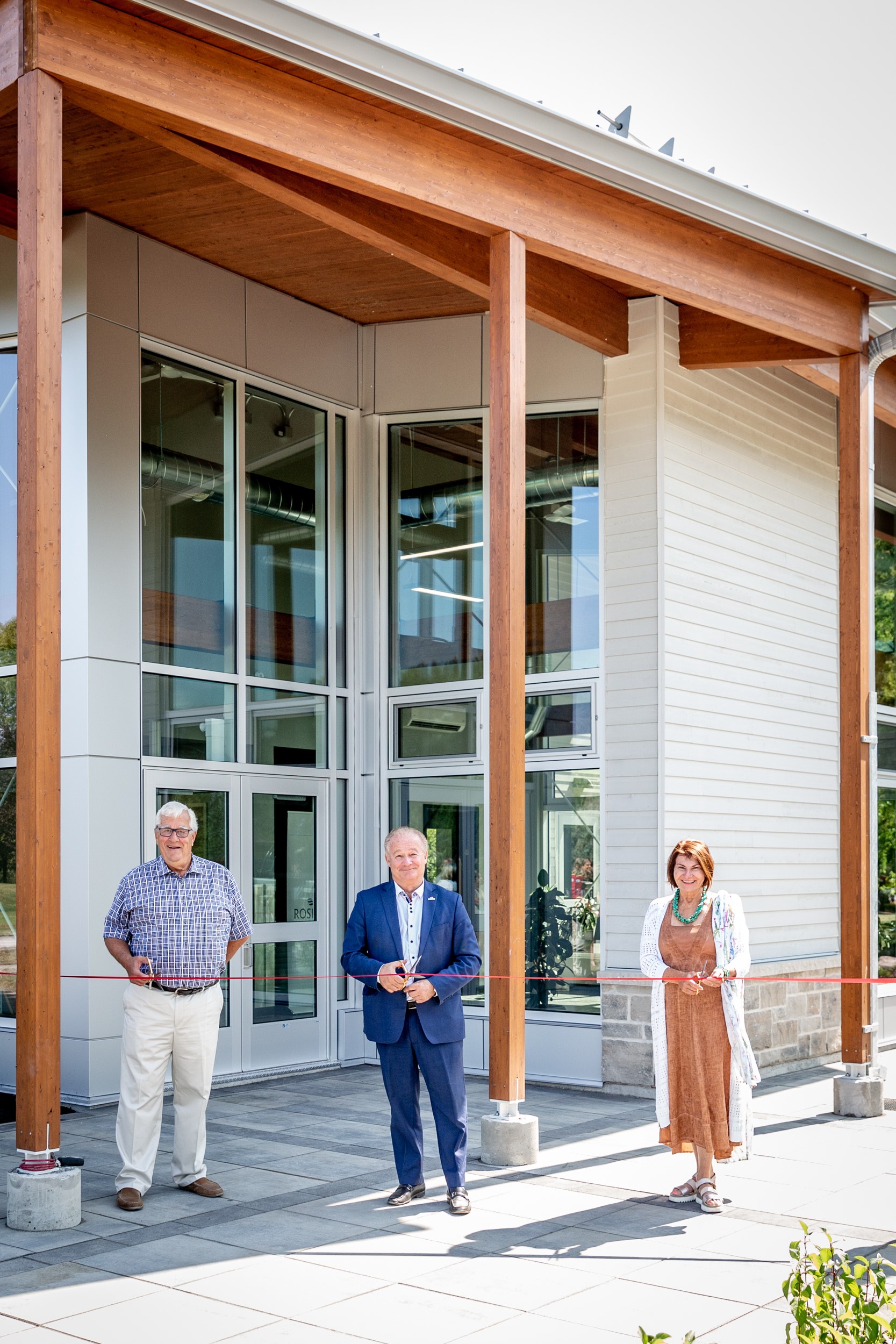