Announcement of the 2021 Fleurons du Québec rankings : Rosemère Still on Top with “5 Fleurons”!

The Town of Rosemère has received the immense honour of being awarded ‘’5 Fleurons’’ by the Corporation des Fleurons du Québec. This prestigious award recognizes the exceptional and spectacular nature of the horticultural embellishments of public, institutional, commercial and private sites on the territory, as well as the initiatives implemented by the Town in terms of sustainable development.

Rosemère has had its ‘’5 Fleurons’’ since 2015. It is a distinction that only about fifteen municipalities in Quebec have received.

"We are very honoured to receive this award once again, as it recognizes the Town’s great environmental sensitivity and its ongoing efforts to position itself as a green municipality. We share this honour with the citizens, merchants, institutions and municipal employees who contribute to the sustainable beautification of our living environment. We can all be very proud of these ‘’5 Fleurons’, which confirm that Rosemère is one of the most beautiful towns in Quebec," said Mayor Eric Westram.

About the ‘’Fleurons du Québec’’

The purpose of the ‘’Fleurons du Québec’’ is to recognize municipalities that improve their environment through the horticultural embellishment of places that are in public view. The horticultural classification consists of awarding participating municipalities a number of fleurons, from zero to five. The complete list of winners can be found here.

Fleurons are awarded for a period of three years and are accompanied by a professional assessment report suggesting areas for improvement. The graders visit 60% of each municipality's territory and evaluate all sites in public view including public, institutional, commercial and private sites. Sustainable development initiatives (composting, community gardening, tree conservation, etc.) are also counted.

Thumbnail: Mrs. Monique Keurentjes, Foreman of Green Spaces and Environment, who received the title on behalf of the Town of Rosemère during the announcement of the horticultural classification of the municipalities evaluated, last December 9. 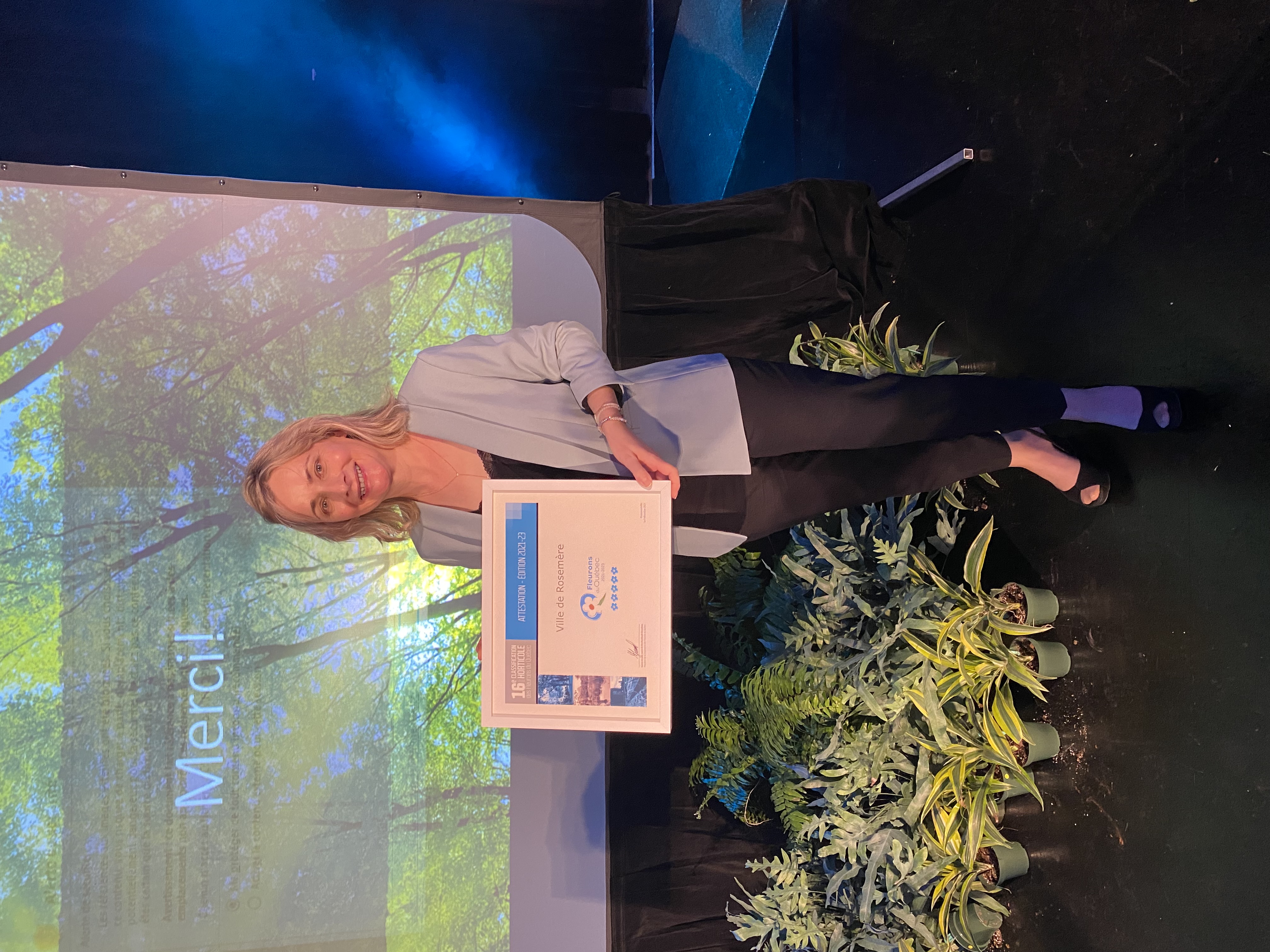