Blood Drive: Thank You To All Donors! 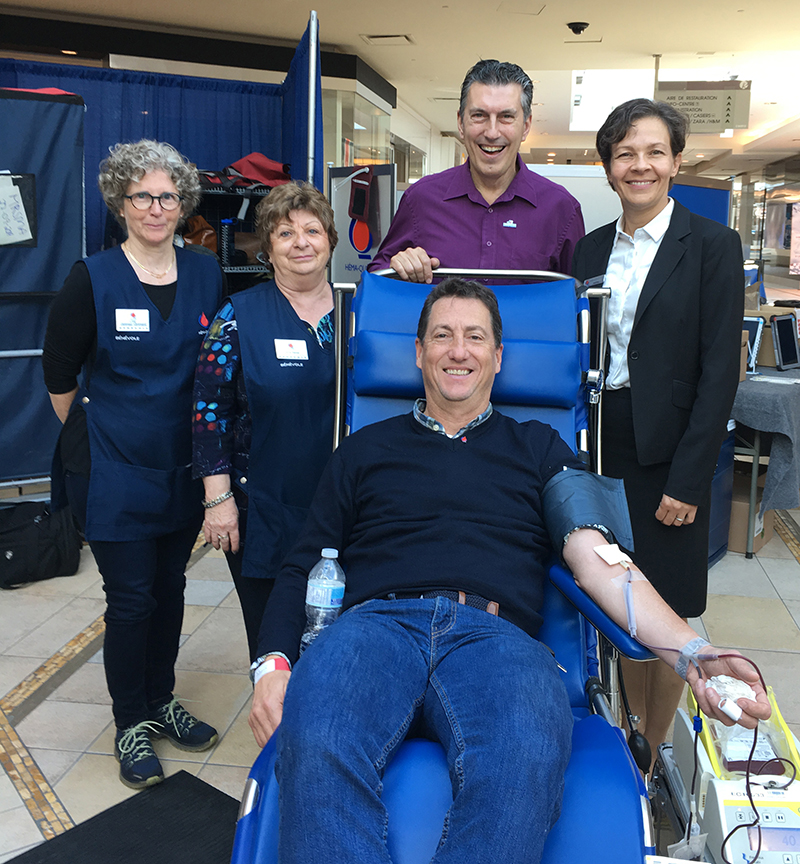 The Town of Rosemère would like to thank the 147 donors who took part in the Rosemère town council’s blood drive on September 27 at Place Rosemère.

A total of 120 bags of blood were collected during the course of the day. Once the various components are separated in the lab, that will mean over 480 units that will be sent to Quebec’s public hospitals to save as many lives.

“My councillors and I were thrilled by these amazing results, especially when we realized how many products will be made from the donated blood,” said Rosemère Mayor Eric Westram. “This act of kindness by 147 donors will help save many lives, and I thank them for it. I would also like to acknowledge the contribution of Héma-Québec’s staff and volunteers who were on site, as well as Place Rosemère, which year after year makes space available at the mall for us to hold the event.”

Did you know that…

It takes 1,000 blood donations every day to keep Quebec’s blood supply at optimal levels. One donation can save as many as four lives. Donors can give blood as frequently as every 56 days, or six times a year.