ROSEMÈRE, October 2, 2019 – The Town of Rosemère was presented with the prestigious "Class of Champions" award at the National and International Awards Ceremony of the Canadian Communities in Bloom Annual Competition, held on September 28 in Yarmouth, Nova Scotia. The Town received 5 Blooms – Gold and special mention for Community Gardens and Vegetable Planters. Rosemère was competing with Summerside, PEI and Trail, BC.

This award category consists of a competition between former Canadian national winners of the competition and honours a municipality's overall achievements in horticultural beautification and the protection of the forest heritage.

"The enhancement of green spaces is part of Rosemère's DNA and a way of life for our residents. We are proud to receive this award, because we owe this honour mainly to the Rosemère community. It is our residents and merchants, who—year after year—beautify their lawns, take care of their trees and, through their initiatives, promote good relations with their neighbours and the overall well-being of the community. I also wish to make mention, in this regard, of the residents who are contributing to our initiatives to protect the natural environment or revitalize community gardens as well as our employees who maintain our public green spaces. I want to thank all of them for their continued efforts to beautify our landscape, protect our urban forest and clean up our environment," emphasized Rosemère's Mayor Eric Westram.

Faced with today's climate change and environmental concerns, Rosemère is proud to be a green city and demonstrates this through its ongoing initiatives with the community, including the Rosemère in Bloom competition, the Secret Gardens Tour, its success in retaining the classification ranking of "5 fleurons du Québec", community tree and flower planting projects, and its annual participation in the Canadian Communities in Bloom competition. Over the past 25 years, Rosemère has won some 50 prizes and honours in various green space enhancement competitions, including the Communities in Bloom competition, which annually enables it to renew its community commitment and rekindle Rosemère's pride.

Every summer, dedicated volunteer judges go up and down the streets of the municipalities enrolled in the Communities in Bloom program to evaluate all aspects of the community's activities—municipal, commercial and private, including volunteer activities—based on the following criteria: cleanliness, environmental action, heritage protection, urban forestry, landscape and floral arrangements. The judges also recognize the residents' overall community involvement in gardening and horticultural projects—for example, by creating community gardens in partnership with two educational institutions, by including edible plants in the landscaping and by sharing the harvests of these crops with local food banks.

More information on Communities in Bloom may be found online (at communitiesinbloom.ca). 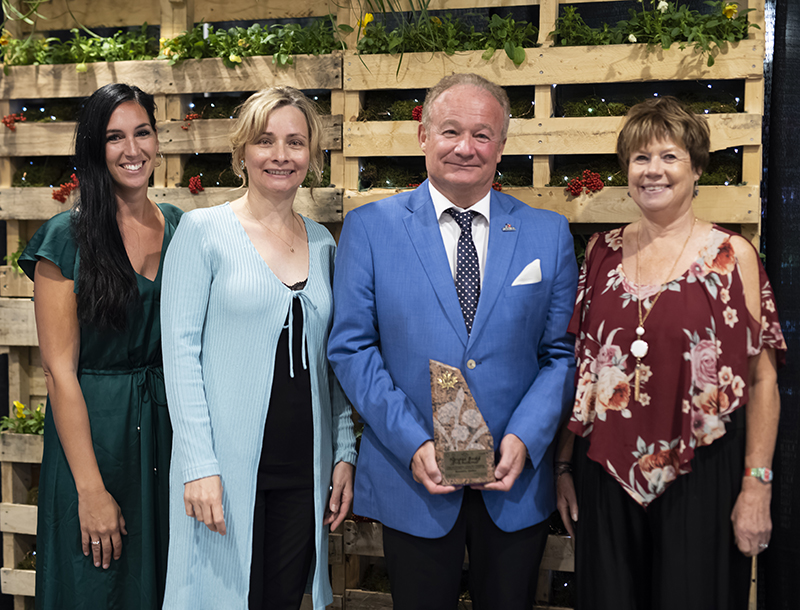