The Town of Rosemère, in partnership with the Régie de police Thérèse-De Blainville (RIPTB), is pleased to make a safe trading zone available to residents. It's a free space, under police surveillance, to make their transactions in complete safety. In Rosemère, the safe trading zone is located outdoors, near the police station, behind the Place des jeunes (skatepark). The space is clearly identified by blue and white markings on the ground and permanent signs. The whole area is well-lit at night and is under surveillance 24 hours, 7 days a week, by a high-definition camera.

The new safe trading zone can be used for transferring goods from the seller to the buyer following a sale or a transaction made online or by phone. The use of this type of location reduces the risk of fraudulent transactions and robberies. This area can also be used as a safe place for shared-custody parents wanting to transfer their children from one to the other at a safe location.

This project is the initiative of the Régie de police Thérèse-De Blainville, which created the Synergie committee—a working committee composed of representatives from each of the municipalities served by the RIPTB. Synergie's objective is to set up common projects involving proactive strategies in order to ensure safe, healthy environments. The concept of a safe trading zone has been around for some time in Canada and Rosemère has now joined the municipalities that have already adopted it.

"With the skyrocketing increase in online sales platforms, transactions between individuals are becoming more and more frequent. This initiative aims to provide residents with a safe place for this and, in so doing, to prevent theft and unfortunate incidents," stated Mayor Eric Westram.

"Residents are invited to take advantage of the safe trading zone now for their transactions or for any other need requiring a safe area under surveillance. Other safe zones are being created on the territory of the Régie de police Thérèse-De Blainville", explained Serge Harvey, Chief Inspector at the RIPTB. 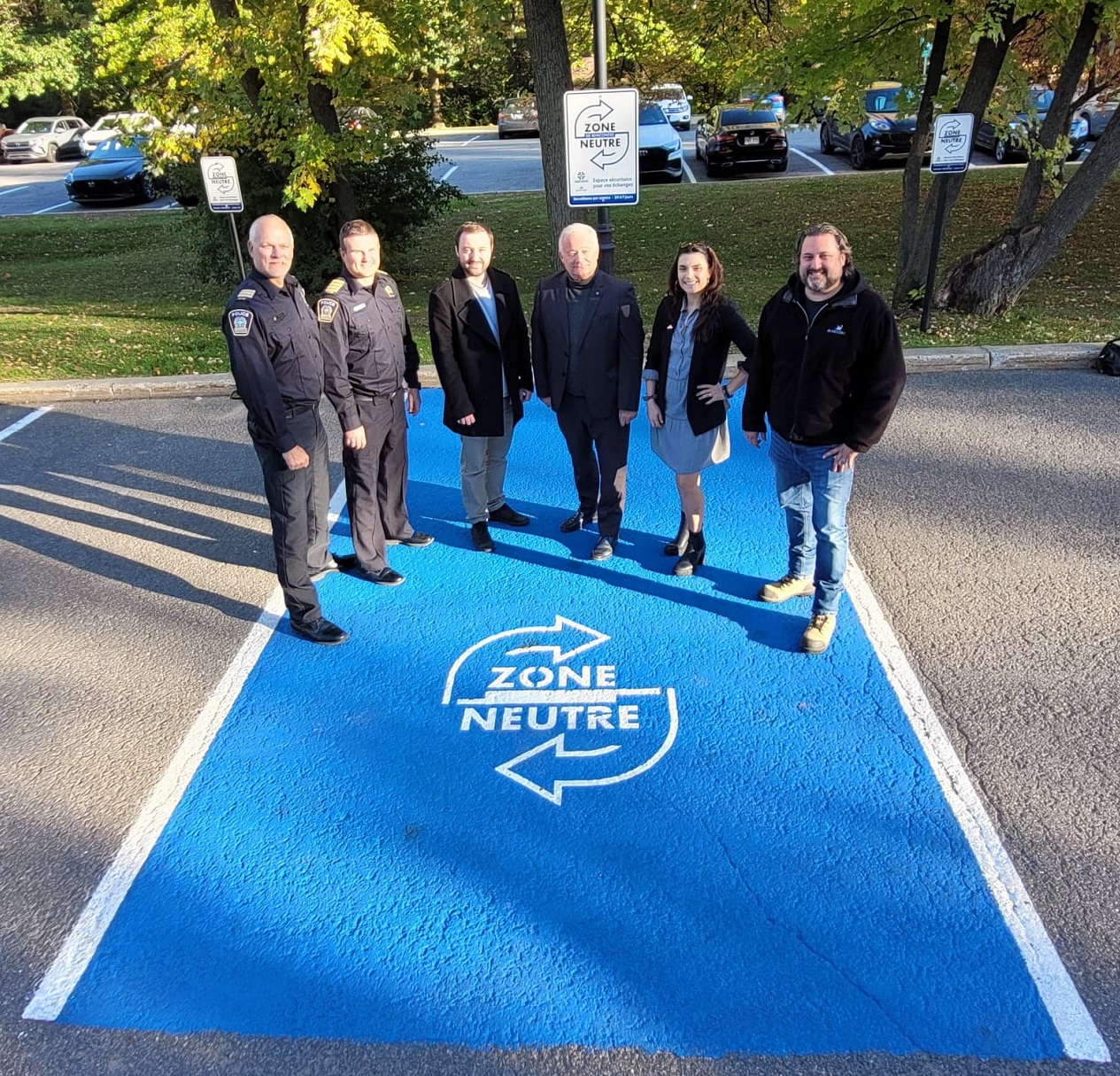