Rosemerites Have Their Say During a Public Consultation Meeting

More than 225 Rosemerites attended a public consultation at the Memorial Community Centre on January 16. The meeting provided an opportunity for residents to ask questions and share their thoughts about the new planning program and by-laws presented earlier that same evening. The comments and opinions expressed during the question period will allow the Rosemère Town Council to continue its work toward the subsequent adoption of the program and by-laws.

As there were no objections or major modifications made to the by-laws on site planning and architectural integration programs; minor exemptions; construction; specific construction, alteration or occupancy proposals for an immovable; and permits and certificates, the Town Council will proceed with their adoption at its January 23 meeting. The goal in this approach is to cut down on some of the turnaround times in the permit application process for the upcoming construction season.

With regard to the adoption of the final planning program and the by-laws on zoning, subdivision and the contribution for parks and green spaces, the Town of Rosemère will follow the required steps to move forward, which include the adoption of the by-laws by the Town Council, submission to the MRC de Thérèse-De Blainville and the publication of a notice that these by-laws will be coming into force. The final plan will be adopted at a later date to ensure the various stakeholders have had the time to make adjustments based on the comments received during the January 16 public consultation. Residents will be informed of these adjustments before they are implemented and notified of the date the planning program and by-laws in question will be adopted.

“We appreciate that so many residents came out to express their opinions and concerns, and did so thoughtfully and respectfully,” said Mayor Eric Westram. “We can now continue with the next steps of the process involved in adopting the new planning program.”

The matter of the former golf course was raised several times during the meeting. The Town reminded residents that a zone running along Labelle Boulevard currently allows for development, and has since 2015, and that another zone in this area is governed by an interim control by-law enacted by the Communauté métropolitaine de Montréal. There will therefore be no changes to the status quo.

This public consultation meeting is one of the obligations set forth in the Act respecting land use planning and development prior to adopting a new planning program. The consultation process has been ongoing since 2018, and the public’s active involvement has helped to substantiate some concrete ways forward within this new program. 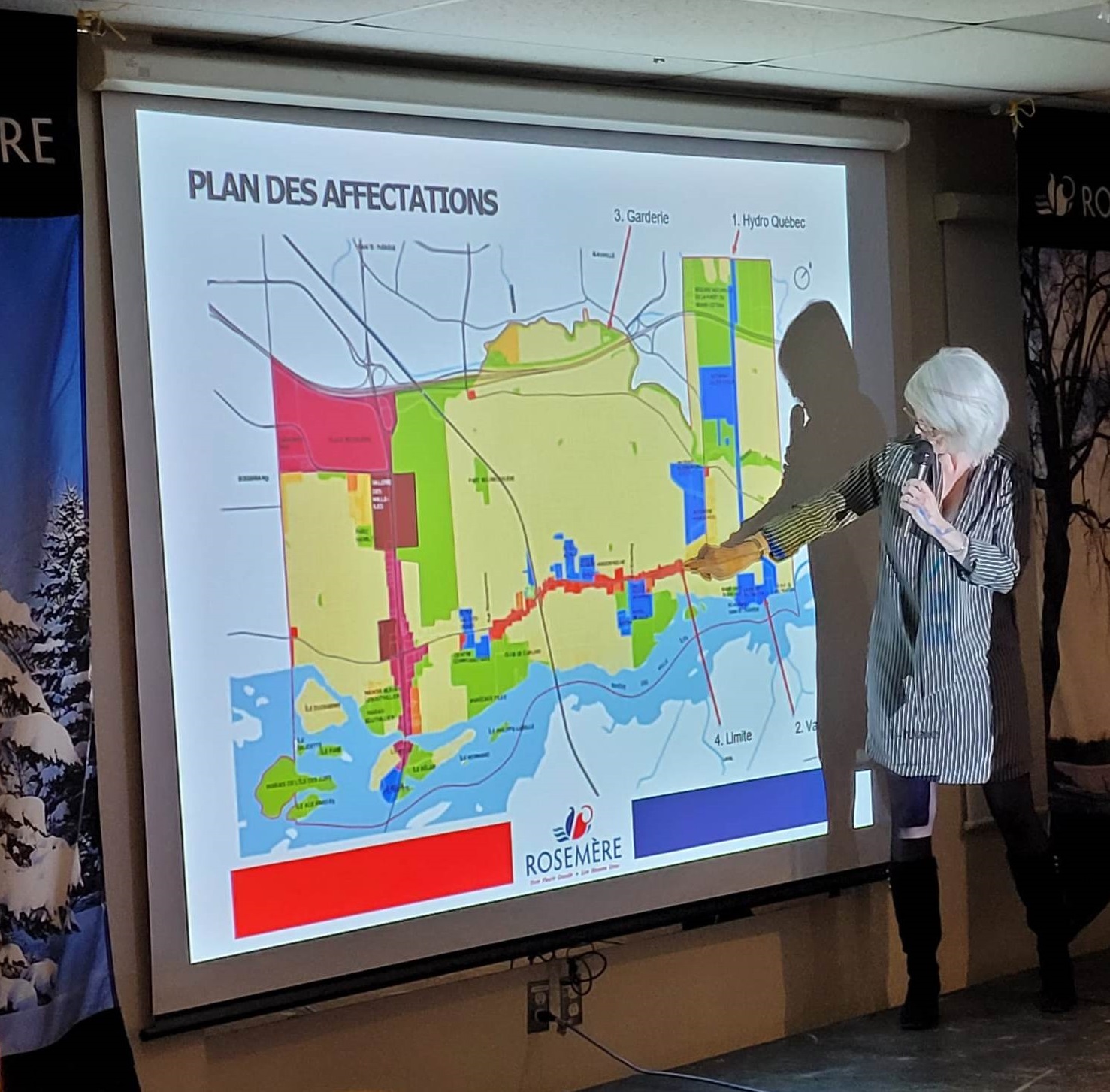