Rosemère announces the Winners of the "Remarkable Trees" photo contest

Rosemère, March 24, 2018 – On March 24, at the solarium in the municipal library, the Town of Rosemère announced the winners of the "Remarkable Rosemère Trees" photo contest, which ran from May 1 to December 31, 2017 and was open to amateur and professional photographers residing on Rosemère territory. Contest entrants were invited to pick the remarkable tree of their choice on Rosemère territory, photograph it and send their best photo to the Town.

The seven residents who won the contest are Christine Alex, Sylvie Courtemanche, Jacqueline Héroux, Jacques Héroux, Stéphanie Pouliot, Sylvain Poupart and Jennifer Summers. The winners received a $100 gift card redeemable at Place Rosemère and will see the photo of their remarkable tree reproduced in the Town of Rosemère's 2019 municipal calendar. In addition, some of these photos may be reproduced on one of the Town' five pennants.

Rosemère Mayor Eric Westram took the opportunity of the prize-giving ceremony to congratulate the winners of this photo contest: "I would like to congratulate our seven winners for the magnificent photos they shared with us by taking part in this contest. Trees are part of our town's identity and you have succeeded in immortalizing landscapes that highlight these majestic plants that make up our urban forest and enhance our territory," he added in his closing remarks.

The photos submitted had to meet several criteria in order to be selected—for example, the general quality of the image, originality and a sufficiently clear and uncluttered style to reproduce the image on a pennant. 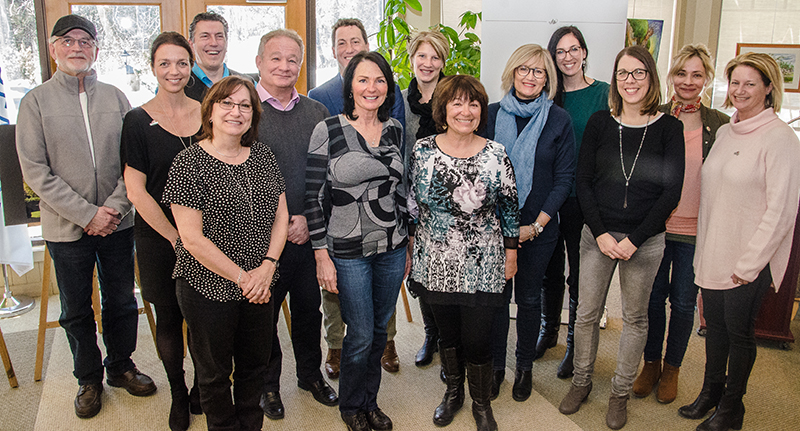