On December 3, the Town’s traditional Guignolée (food drive) was held on the streets of Rosemère. For the occasion, close to 250 volunteers, including Town Council members, braved the rain to collect non-perishable food and cash donations from residents. Organized by the Town of Rosemère, in collaboration with Entraide Rosemère and Jeunesse Action Rosemère, this event made it possible to collect a total of 240 boxes of non-perishable food and $30,447 in donations. Of this amount, the Corporation de développement culturel et sportif de Rosemère generously donated $5,000 to the cause.

"This is a record year in Rosemère! We have never collected so much food and cash donations in one single day. I am proud and touched by the incredible generosity of the residents on our territory. I would also like to express my heartfelt thanks to all the volunteers who devoted their time. All these donations will certainly make a difference for many families in need," stated Mayor Eric Westram.

Thanks to this food drive, Entraide Rosemère and Paroisse Saint-Luc are able to prepare Christmas baskets that will be distributed to families in need. Residents who wish to make a cash donation still have time to do so by contacting Entraide Rosemère at the following email address: entraiderosemere@gmail.com. 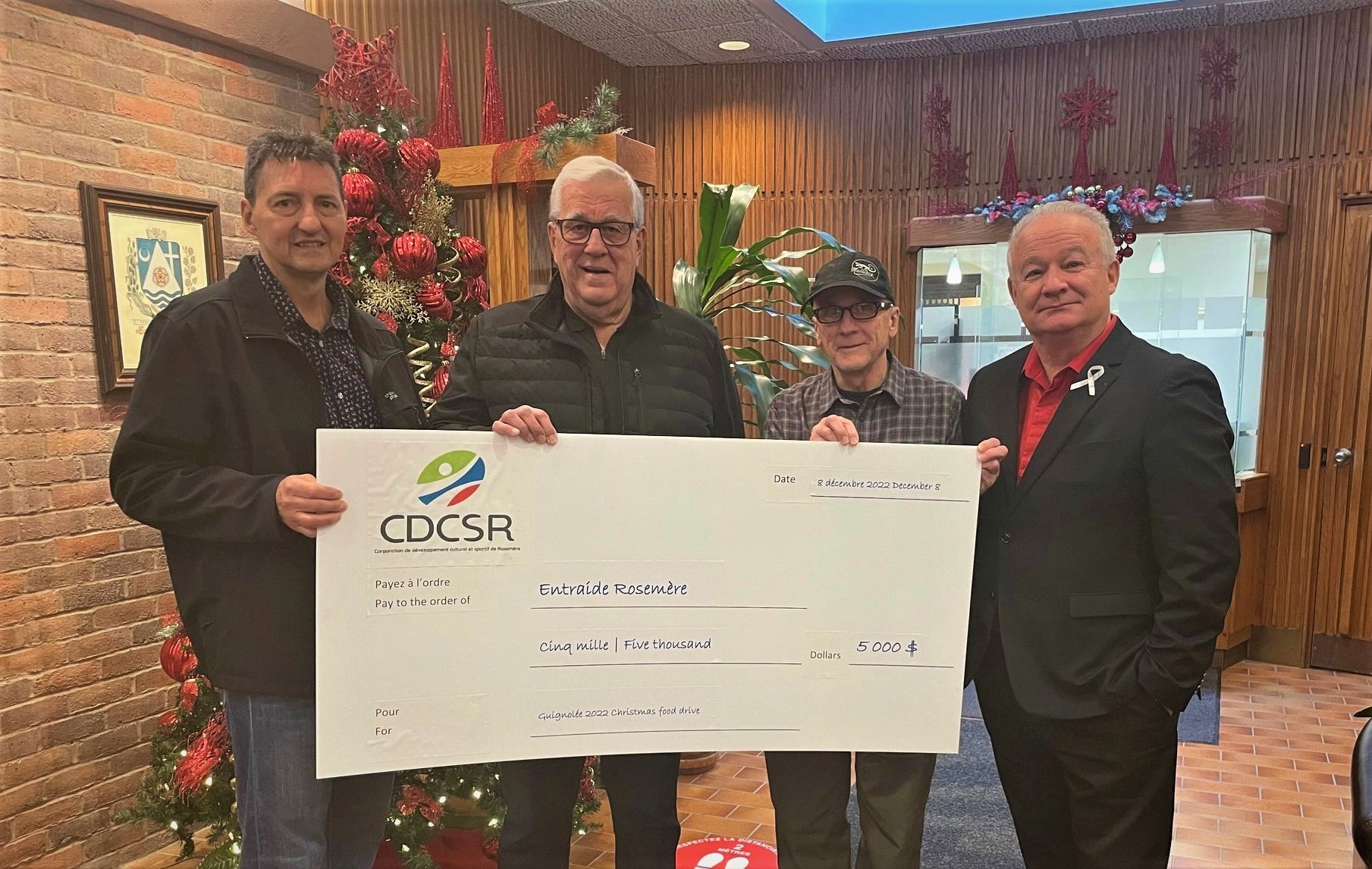