The Town of Rosemère was called upon to react following the public presentation of a project by the owners of the former golf course that raised questions among some citizens. It is important to make it clear that neither the Town nor Town Council was aware of the project entitled "Quartier Melrose". The Town learned of this project through the media on June 2.

The Town of Rosemère would like to remind that a project was submitted on March 10 by François Vachon and Patrick Varin, owners of the former golf course. Following this submission, the Town notified the owners in writing on March 16 that their project was inadmissible due to its non-compliance with the current zoning.

Furthermore, Mayor Eric Westram had declared on March 16: "The councillors and I have taken note of the project submitted on March 10 by the owners of the former Rosemère golf course. And since it does not respect the minimum guidelines set by our fellow citizens in the urban planning vision, this project will never see the light of day as long as I am mayor of this town. I reiterate that no zoning change will be made without consultations with all Rosemerites as well as with those in the areas adjacent to the property, as prescribed by law. I say it again: I am committed to protecting as much of the land as possible as green space, while preserving our Rosemère identity.

The Town and Town Council believe that nothing has changed since March 16. The "Quartier Melrose" project represents the same project as the one submitted last March. It is therefore still inadmissible, despite the marketing campaign launched via an Internet site. The Town is wondering about the goals of this public relations campaign.

The Town of Rosemère will continue with the citizen participation approach it has been taking since 2018 in the former golf course file. This has led Mayor Westram to say that "the citizens of Rosemère will have the final say in this matter, as we have always stated. 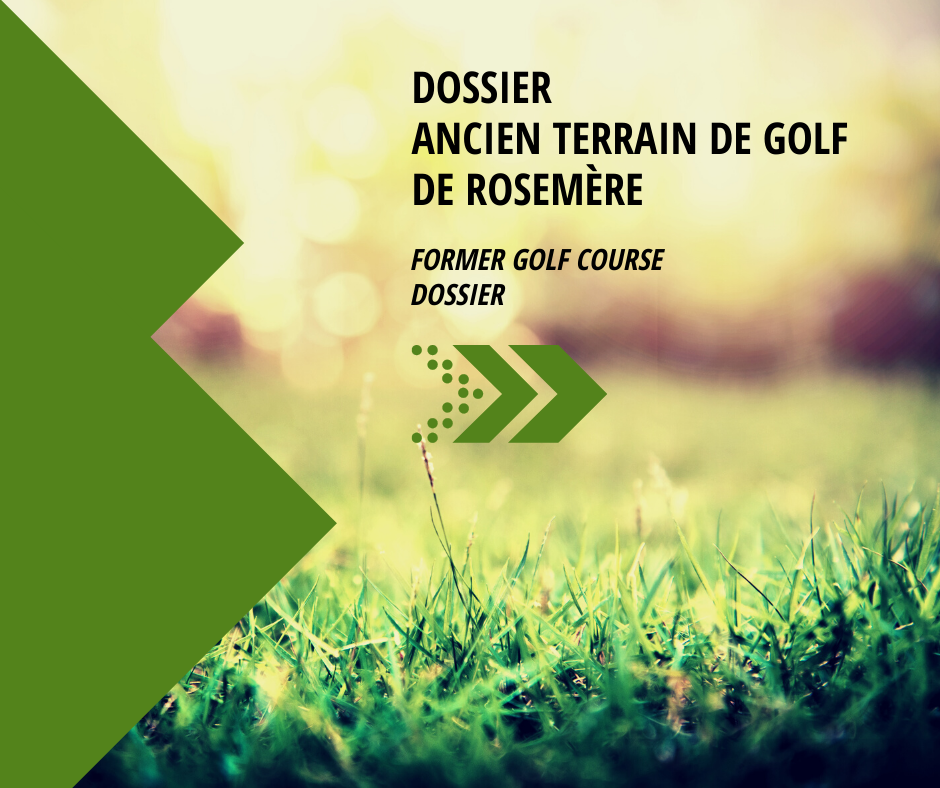