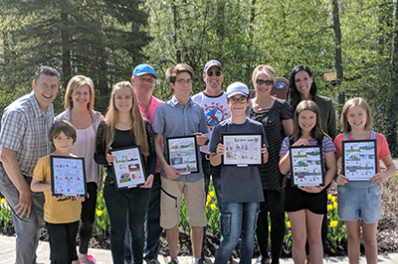 ROSEMÈRE, May 30, 2019 – The Town of Rosemère is proud to announce the names of the young Rosemerite winners of the comic book competition on preservation of the environment.

"The comic strips we have selected are not only beautiful and lively, but they also convey an environmental message that raises readers' awareness. I am truly impressed by the quality of the comic strips that the Town has received and especially by the interest that young people have in preserving the environment. They are an example to follow!" commented Rosemère Mayor Eric Westram.

In order for all Rosemerites to be able to admire the works of the young people who entered this competition, all the comic strips received by the Town will be exhibited at the municipal library, June 4-21, 2019.

As it may be recalled, the comic strip contest, launched last winter, was aimed at Rosemère residents under the age of 18 and designed to raise public awareness about environmental protection.