Hockey Exhibition: History of a Cup

November 30 marked the launch of the hockey exhibition Histoire de coupe / History of a Cup, in the activities room at H.-J.-Hemens library. With Rosemerite Mike Bossy, former player for the National Hockey League (NHL) and winner of the Stanley Cup, serving as a patron of this event, this unique exhibition is being presented by the Société de développement culturel de Terrebonne (SODECT), in partnership with the Town of Rosemère and the Corporation de développement culturel et sportif de Rosemère (CDCSR). This exhibition will be held during library hours, in the activities room, from December 1, 2017 to January 28, 2018.

Rosemère Mayor Eric Westram is delighted to host such an exhibition in the Town: "For the first time, we are combining culture and sports in one single activity. This exhibition comes within the vast cultural program that we offer Rosemerites and we are pleased to present them an activity that is truly out of the ordinary and that reaches out to two different audiences. Besides, it is a free activity that is accessible to the whole family as the holiday season approaches."

The honorary President of the exhibition History of a Cup, Mike Bossy, stressed, "it is with great interest that I accepted the honorary presidency of the exhibition, because hockey and the Stanley Cup take pride of place in the history of Quebec. We are passionate about hockey and I feel that such an exhibition is a great way to pay tribute to our national sport. Congratulations to the City for this initiative. "

The exhibition relates how this trophy developed, its history, Lord Stanley's story and the official rules for one day having one's name engraved on this object so coveted by National Hockey League players. Throughout the exhibition, visitors will be able to listen to audio clips featuring questions asked by fans and answered by the famous Ron Fournier. Overall, close to 30 artefacts will be displayed as well as a replica of the Stanley Cup. 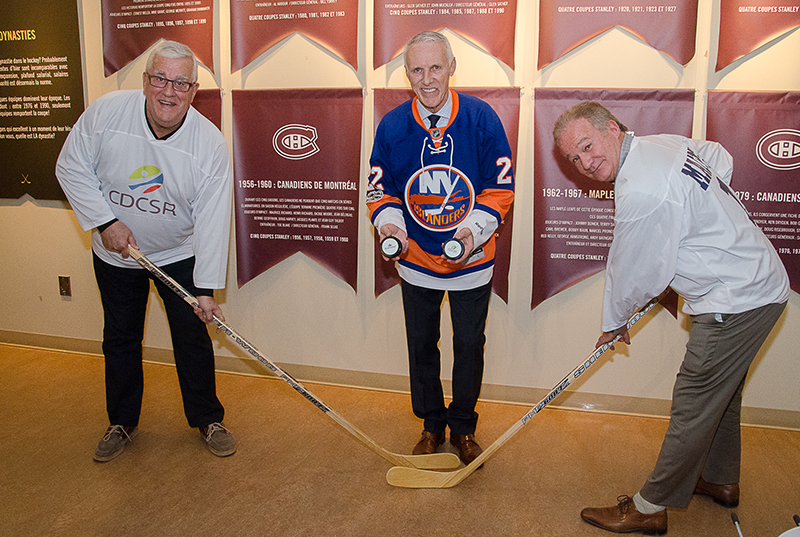