Rosemère Gets Involved in the Bowvember Campaign

As part of the 7th edition of the Bowvember fund-raising campaign orchestrated by the PROCURE organization, the Town of Rosemère is mobilizing to support the cause of the fight against prostate cancer. Through its financial assistance, Rosemère is contributing toward maintaining free information and support services for people affected either directly or indirectly by this disease.

At the November 9 Council meeting, Rosemère once again this year adopted a resolution designating November 19 as "Prostate Cancer Awareness Day". At this public meeting, proudly wearing the bow tie designed by creator Philippe Dubuc, all Town Council members—as ambassadors on behalf of the Town of Rosemère—are now inviting residents to purchase this symbol of the fight against prostate cancer, by clicking here: https://jelefaispour.procure.ca/en/participants/6084/ville-de-rosemere.

"I encourage Rosemerites to get this magnificent bow tie and wear it proudly throughout the month of November. This strong symbol—in addition to being elegant—is a source of funding for prostate cancer research and moreover reminds men that early detection of the tumour significantly improves their chances of overcoming this type of cancer," stated Rosemère Mayor Eric Westram.

Prostate cancer affects 12 men a day in Québec and is the most frequently diagnosed cancer in men. Established in 2003, PROCURE is the only charitable organization entirely devoted to the fight against prostate cancer. It raises awareness, supports and informs people concerned by this disease. It promotes and contributes to the funding of world-class research; however, the funds raised through this campaign are reinvested exclusively in Québec. 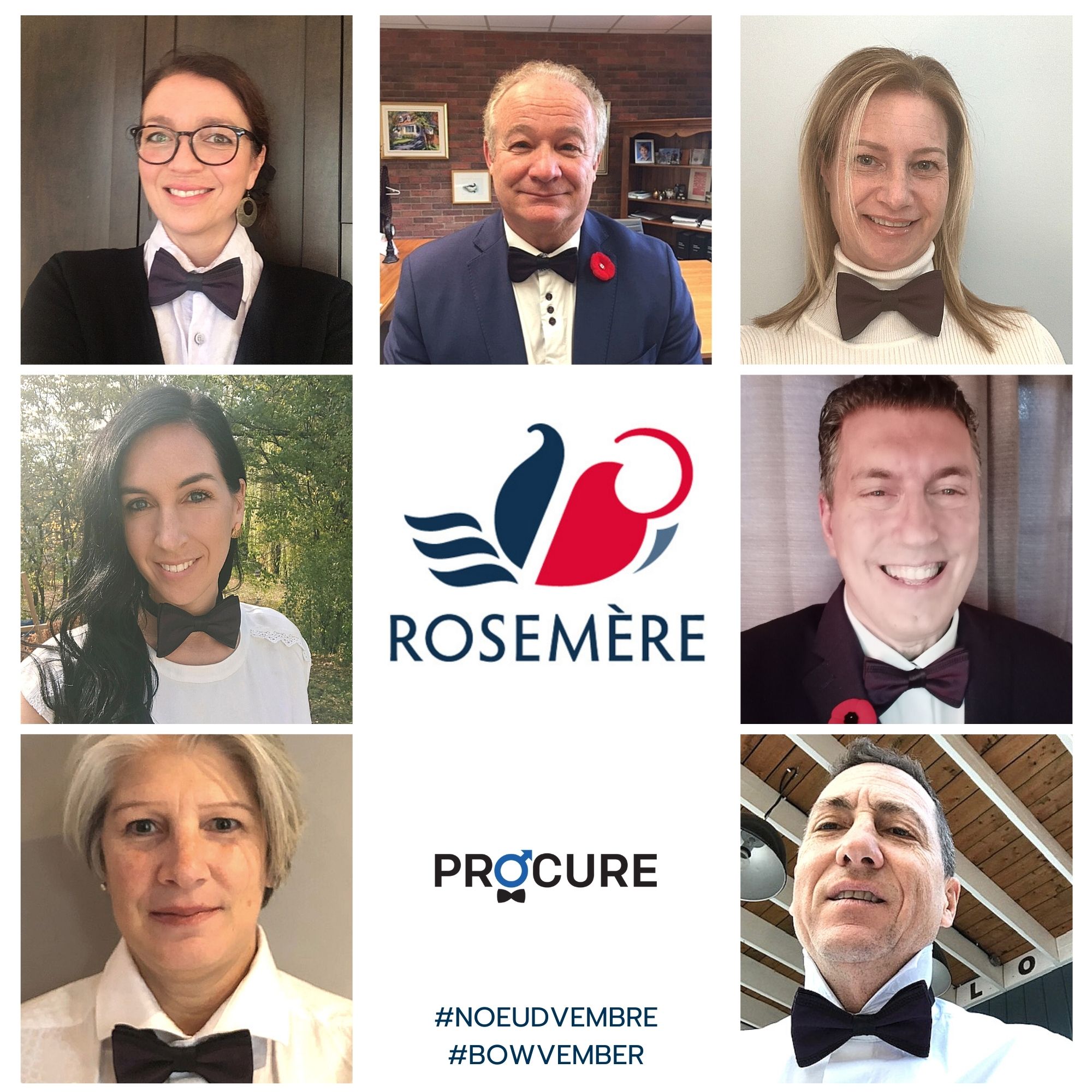