The Francoderole Comes to Rosemère 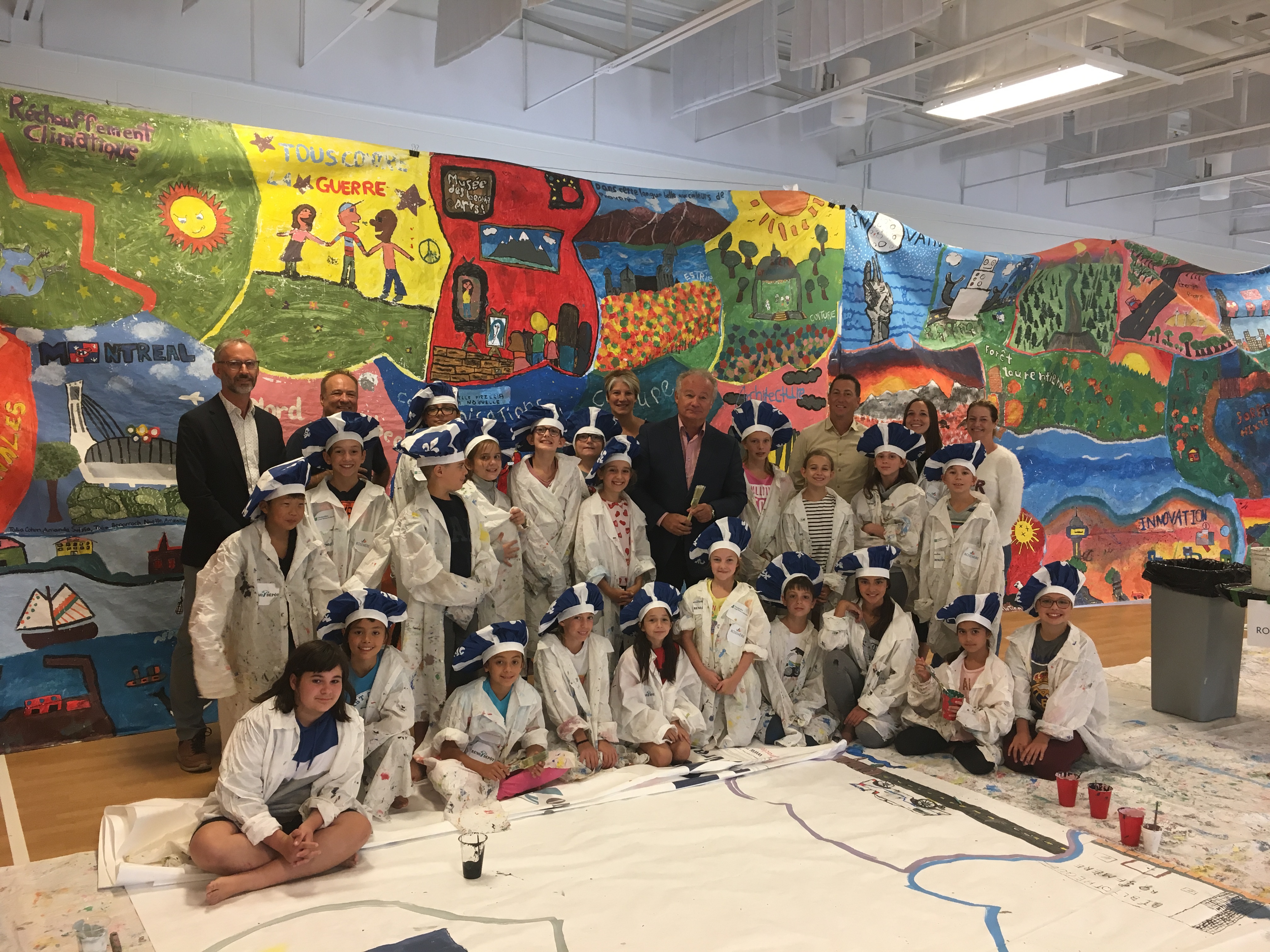 Between September 3 and 6, students from Alpha School got out their paintbrushes and smocks to add their own artistic touch to the Murale Internationale des enfants de la Francophonie, also known as the Francoderole. The mural, which has travelled to more than 550elementary schools and French-speaking communities in Canada and the U.S. over the past 17 years, stopped in Rosemère so that the students at Alpha School could take part in the endeavour.

Described as "the world’s largest work of art created by children," the Francoderole is a mural that measures 12 metres high and 198 metres long. It keeps growing as it travels from school to school. Students are invited to draw their vision of their environment on the mural so that others can discover the world around them.

"Contributing to the Francoderole is an opportunity for these children to share their vision of the Town of Rosemère through their art and strengthen their sense of community," said Rosemère Mayor Eric Westram. "We are delighted to provide young Rosemerites with a chance to participate in such a unique project. Through them, other French-speaking communities will discover Rosemère and the things that represent us."

Students from kindergarten to Grade6 took part in this collective work throughout the week. Part of the mural will be hung up on the walls of the school, while the rest will be added to the Francoderole, which will continue its travels to other schools.