The Town of Rosemère and AGAR: renewed collaboration for economic vitality 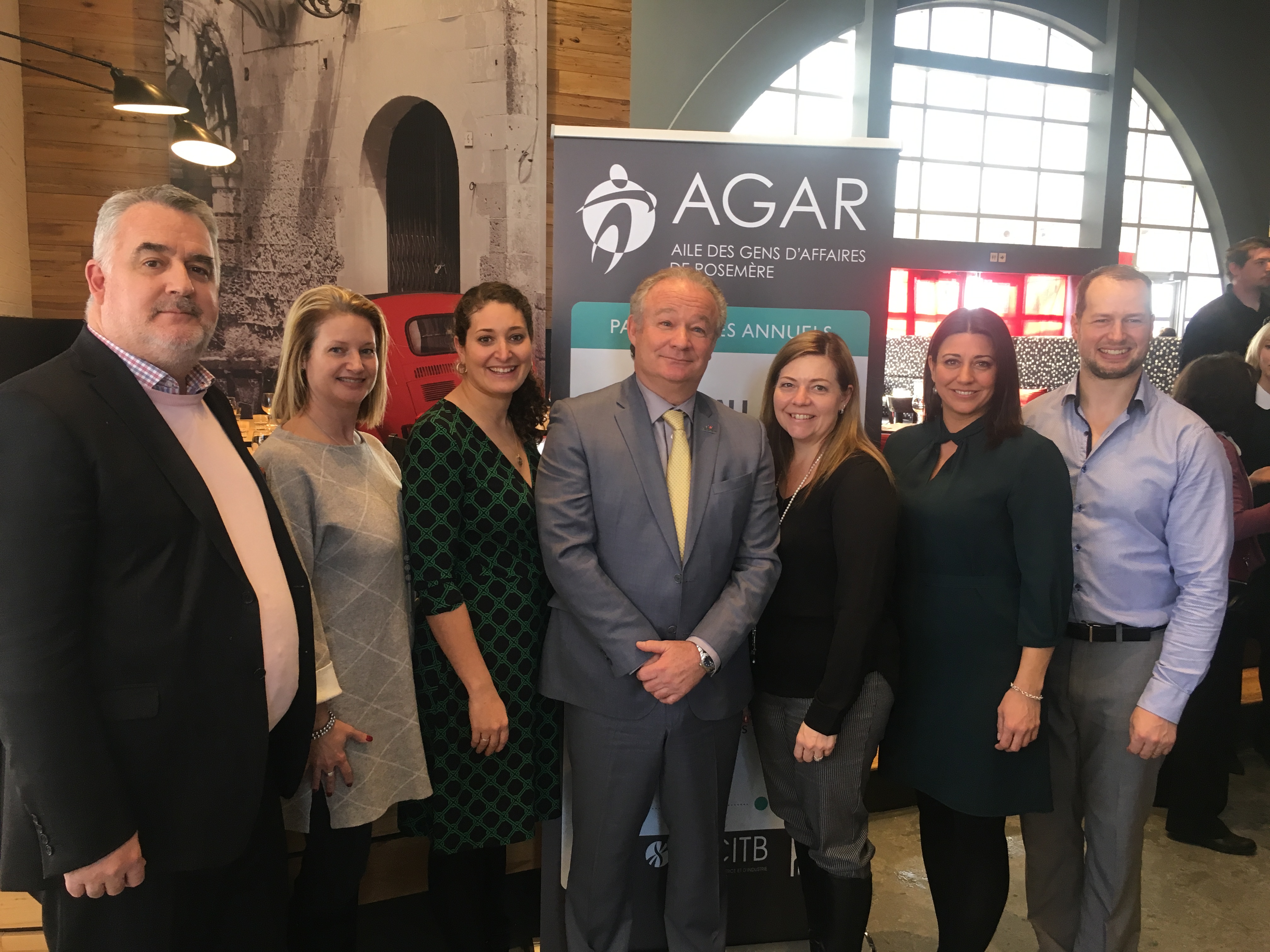 Rosemère, January 10, 2018 – Held on January 10, the annual networking lunch of AGAR (Aile des gens d’affaires de Rosemère), the Rosemère wing of the Thérèse-De Blainville Chamber of Commerce and Industry (CCITB), brought together some fifty members of the region’s business community for the presentation of the Town of Rosemère’s 2018 budget.

Further to its vision, which is to ensure the sustainability, prosperity and economic development of Rosemère, mayor Eric Westram’s administration renewed its financial collaboration with the CCITB, a collaboration that has already proved productive. It allowed the hiring, a year ago, of liaison officer Gina Bergeron-Fafard. She will now be able to pursue her mandate, which is to facilitate relations between the Town of Rosemère and current or future merchants while providing them with support and ensuring the establishment of joint structuring projects.

AGAR’s president, Pierre Paquin, is delighted with this renewed collaboration and welcomes the openness and proactiveness of the Westram administration with regards to his town’s economic vitality. “This measure will ensure relations and dialogue with the various stakeholders, facilitating exchanges and helping the region’s merchants. In the process, it will contribute to the outreach of Rosemère’s business community. The liaison officer and the AGAR committee are already at work on this new year, and things look promising!”, he asserted.

“We are most excited about our decision to renew our partnership with AGAR. We are convinced of the merits of this initiative, which yielded positive results during our first year of collaboration and will continue to do so. Rosemère’s commercial sector contributes significantly to the growth of our community and we wish to support its development efforts,” stated Eric Westram, mayor of Rosemère.

Coming up soon, and resulting from this collaboration that began one year ago, is the launch of a new local promotion campaign on the theme “Rosemère, it’s my business!” that will not only stimulate local purchasing and showcase its importance, but make it possible to discover the human face behind every company.

AGAR, the Rosemère Business Association, has made it its mission to foster the development of companies in the Town of Rosemère by increasing their visibility to residents. The Town of Rosemère contributes to the success of AGAR’s plan of action and is involved in its companies’ promotion and visibility. Whether you are a new company or one that is already well established, you are invited to contact liaison officer Gina Bergeron-Fafard at gbergeronfafard@ccitb.ca or 450434-8228 ext. 229 should you have any questions or require support for your company.